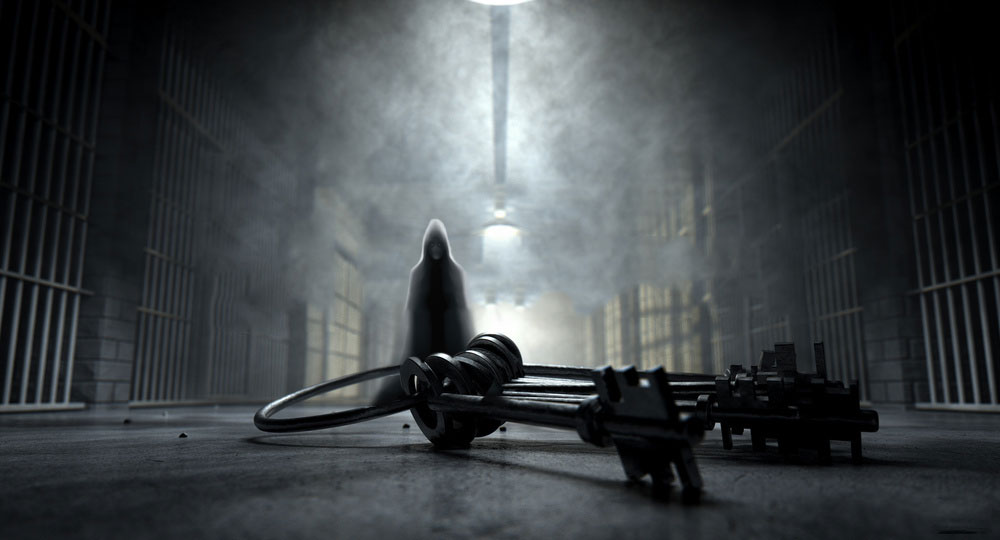 Discover the fascinating secrets that lie within one of Bradford’s most haunted buildings. Experience a unique evening in Bradford’s Police Museum where you will gain a fascinating insight into the history of Victorian policing in the district, on the site of the original 19th century police station and court house which operated for a century in the heart of the city.

Are you prepared to join us in Bradford’s Victorian City Hall to hear more about the history of the legend and the sinister characters from Bradford’s past?

Sense the oppressive atmosphere from inside the cells where 1000s of violent criminals and murderers were confined and where visitors can still experience an oppressive presence where the lingering souls of former prisoners may be still stalking the corridors and cells. Will you sense the presence of the spirit of a young Victorian girl named Bertha who has been reportedly seen sat in one of the cells?

In custody for stealing milk.

Hear about the paranormal events that have been experienced by guides, visitors, security and police officers over the years; cold spots, flying objects, computer malfunctions, equipment infestations, foul smells, orbs and phantom figures caught on camera or glimpsed on the edge of vision.

See unique photographic evidence of an apparition, never previously captured on camera and an image of orbs and mysterious manifestations

Hear author Les Vasey, local historian, a former senior police officer, and a member of the Society for Psychical Research tell the story of ‘Chains Charlie’ a former prisoner who was allegedly tortured in the cells and executed for murder in 1888, the same year that Jack the Ripper stalked the streets of London.

Will you take part in a spine chilling, lantern-lit lock in, with an exclusive evening tour of the museum, old courts and cells? Perhaps you’ll have a chance to meet ‘Chains Charlie’ for yourself; you never know when he’ll arrive!

Join us for this unforgettable, unique journey into the past and the paranormal.

Due to the nature of the event it is not considered suitable for children, the faint hearted or those with a nervous disposition. There are steep steps to the court dock which would be unsuitable for those with physical disabilities. There are no toilet facilities on site.